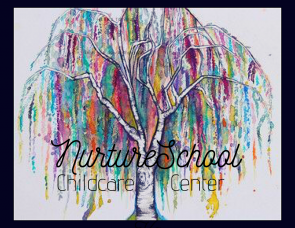 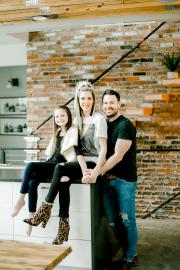 We are Josh & Tiffany Sharp, Owners of Look What I Can Do Learning Center in Brookland, AR as well as NurtureSchool in Jonesboro, AR. Tiffany is a raised native of Brookland and attended Brookland Public Schools K-11 as well as Westside Public Schools for her Senior year. She began working in a child care center in 2002 and continued through college until graduation in 2007 from Arkansas State University Jonesboro as a Physical Therapist Assistant. After 7 years of working as a PTA in hospitals and skilled nursing facilities, we wanted to make new ventures in our lives and therefore opened Look What I Can Do Learning Center in 2013 and NurtureSchool in 2020. Tiffany oversees each child care center as the Executive Director having a Program Director and multi-Managers on-site full-time for daily operations. Tiffany also is heavily involved with advocacy for the early childhood field including participation in local and state opportunities to provide child care business consultation and trainings. She held a seat on the Arkansas Panel Review in 2019 and the Arkansas Early Childhood Commission in 2020. She is also a member of NAEYC. Tiffany enjoys public speaking, sports cars, various genres of music, home design and traveling to new places.

Josh is a native of Jonesboro. He attended Nettleton and Westside Public Schools prior to graduating from Arkansas State University Jonesboro as a Physical Therapist Assistant in 2007. In 2015, he went back to college thus graduating from Belmont University in Nashville, TN with a Masters in Occupational Therapy. He also began a construction company in 2018 while pursuing a General Contractors license. Josh has 6 generations of family from Brookland along with being the second oldest of 7 siblings. He enjoys sports cars, working out at the gym, a good cup of coffee, politics and making people laugh..

Josh & Tiffany met in high school, married in 2004 at the young age of 18 years old and in October 2011 brought Willow into this world. Willow attends Brookland Public Schools, enjoys dance, singing and playing with her friends or pets. Her favorite outdoor activity is cooking smores over a bonfire.

Look What I Can Do Learning Center Facts: Opening date was March 25th, 2013 with only 8 children enrolled and a licensed capacity of 101 children. Within six months, 101 children were enrolled filling the building. On August 4th, 2014 the second building was added totaling 187 licensed capacity. The third building opened on May 31st, 2016 and a new licensed capacity increased to 288. A fourth building specifically for administrative space was built in 2017. Look What I Can Do has been voted as Best Childcare Center/Daycare by multiple voting sources as well as Best of Northeast Arkansas. Mrs. Aubrey Carter became the Program Director over the Look What I Can Do Campus along with three Building Managers assisting.

NurtureSchool was dreamt about beginning in 2015, reality began to surface in 2016. Land was purchased in early 2018 after a building layout was designed by Tiffany and constructed by Josh. NurtureSchool opened on August 17, 2020, after several months delay due to the initial onset of Covid-19. NurtureSchool has an expected licensed capacity of 165. It is the first and only new construction Infant/Toddler Center of it's kind in NEA having key features for the health and safety of young children in mind. NurtureSchool is a holistically-aligned child care center focused on the development and education of infants and toddlers. Ms. Nicole Parson has been the Program Director over the NurtureSchool Campus since opening along with two Managers assisting. NurtureSchool is located at 2110 Grant Avenue in Jonesboro, Arkansas.

We are enthusiastic entrepreneurs and are proud to help support and grow our community. Josh and Tiffany are both heavily involved in the daily aspects of both childcare centers and we strive to make a long lasting positive different in the lives of children and their families!

We want your child to feel safe, secure and loved! We are passionate about what we do and are committed to excellence!